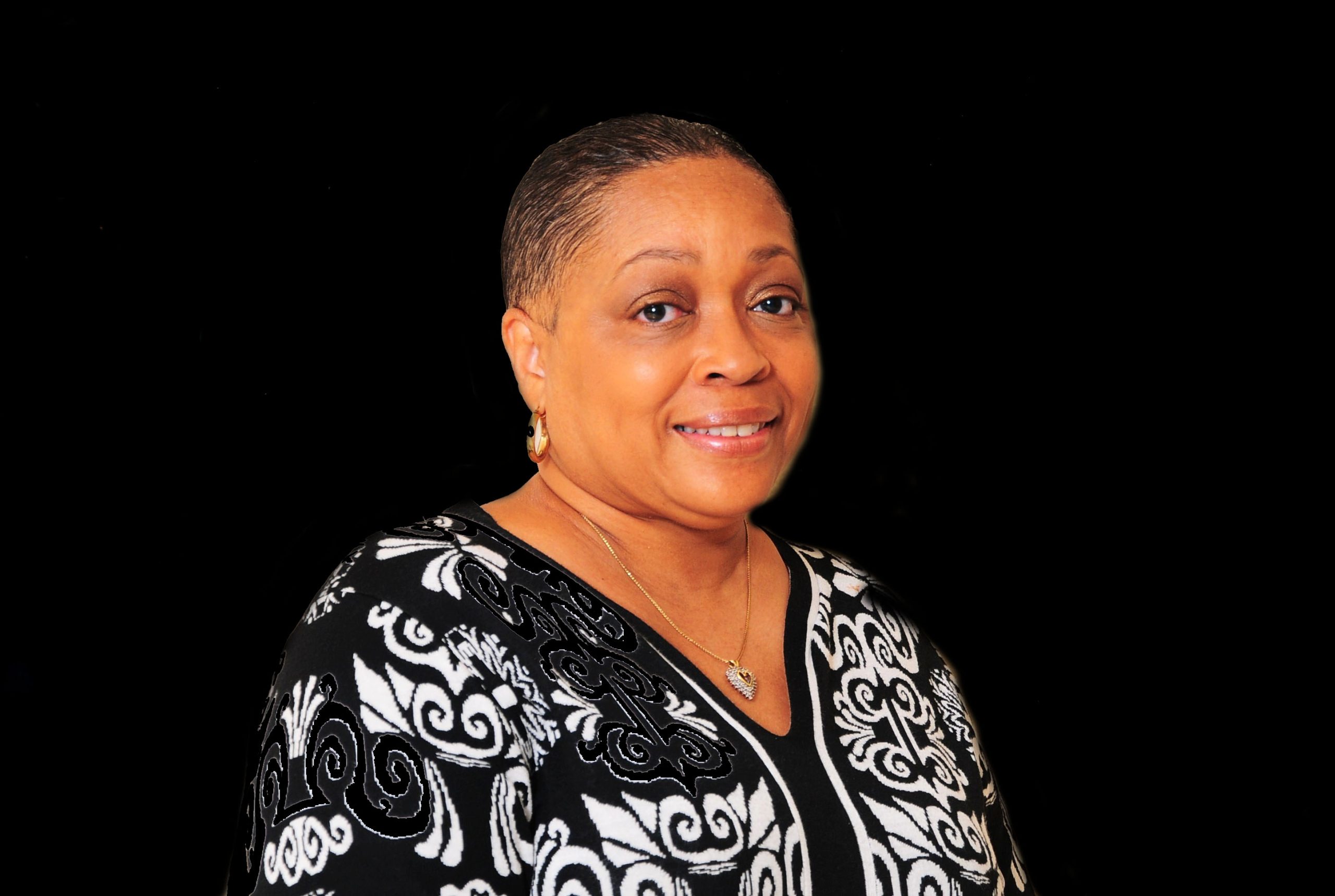 Beverly Lindsay-Johnson has been producing award-winning television programs since 1996. She retired after 30 years of service at Howard University and WHUT-TV/Howard University Television located in Washington, DC. (WHUT-TV is the nation’s first African American owned and operated PBS station.) Mrs. Lindsay-Johnson has received 24 television industry awards for her productions at WHUT, including the Central Education Network (CEN) Jerry Trainor Award for her contributions to public television. She is the first woman and first African American to receive this award.

Her current documentary production, “Fat Boy: The Billy Stewart Story,” produced for PBS broadcast, was awarded the 2021 Communicator Award in Excellence in the television/film category. The documentary currently airs on 102 PBS stations nationwide. In January 2021, she became the Executive Director of the African American Music Association in Washington, DC. She is the former President of the National Hand Dance Association (NHDA) in Washington, DC. Mrs. Lindsay-Johnson is also a Community Researcher for the Bronx African American History Project (BAAHP). She works with BAAHP in documenting the history of early R&B artists from the Morrisania section of The Bronx such as The Chantels and the Chords. 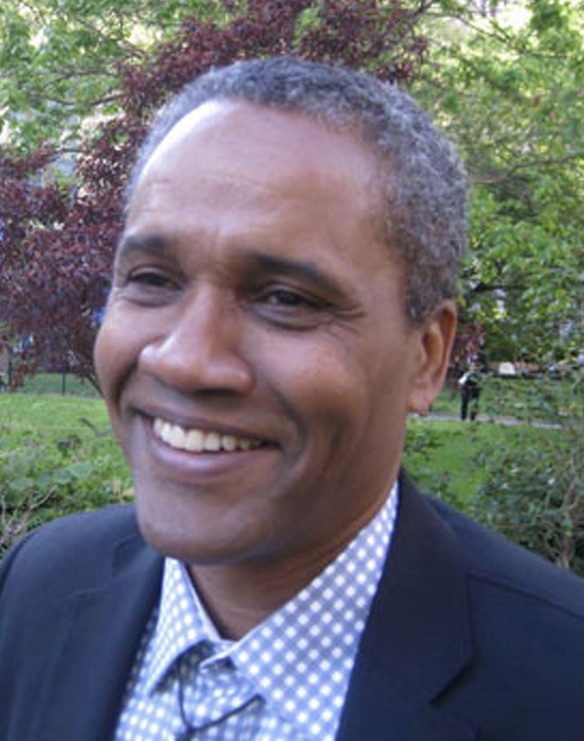 He produced and presented the Deep Story series, exploring the rich complexity of Black cultural history and blues music and performance at the 2019 Centrum Acoustic Blues Workshop in Port Townsend, WA. He served as technical producer and artistic advisor of the 2019 Mandela 100 USA Program in Washington, DC featuring a live discussion of Mandela’s life and legacy between President Barack Obama and Mrs. Graça Machel. Puryear curated Freedom Sounds: A Community Celebration, the three-day grand opening celebration of the Smithsonian National Museum of African American History Culture. He is a 2015 Grammy nominee for Best Historical Recording for “Fannie Lou Hamer: Songs My Mother Taught Me”, a Smithsonian Folkways Recording. He curated “Rhythm & Blues: Tell it Like it Is”, a program of the 2011 Smithsonian Folklife Festival.

As an independent contractor, Puryear managed the National Endowment for Arts’ National Heritage Fellowships. His teaching experience includes serving as an adjunct lecturer at the University of Maryland College Park, at Bowie State University, Montgomery College, as guest lecturer at Howard University, and an instructor at Community College of Micronesia in the Federated States of Micronesia. 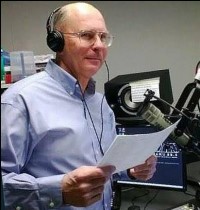 Jay Bruder has taken a serious interest in the music of Washington, DC, since his high school days in Northern Virginia during the early 1970’s. While his 30-year professional career in the United States Marine Corps took him out of the Washington area for extended periods of time, he maintained an avid interest in the local music scene and maintained contacts with local performing artists from the 1940’s and the 1950’s such as vocalist, Harmon Bethea, of The Progressive Four/Cap-Tans/Mask Man and The Agents; drummer, Tommy T.N.T. Tribble; trumpeter Frank “Dual Trumpet” Motley; saxophonist, Billy Clark; and promoter/newspaperman, Michael Angelo Graham.

Since November 2014, he has produced a two-hour weekly radio show, “The Home Town Special”, for Bluegrass Country Radio, which was formerly a part of WAMU-FM, and is now underwritten by The Bluegrass Country Foundation. The show is focused on music from the independent record companies of the Post-World War II era, with an emphasis on records and artists from Washington, DC.

He is the sole author and co-producer of the 16-CD Bear Family boxed set “R&B in D.C.; 1940-1960” (Bear Family 17052). The set has been completed and is on a production hold due to COVID-19. As the promotional release explains: the set is a comprehensive survey of Washington, DC’s contribution to the rise of Rhythm & Blues music from the swing era to the dawn of soul. This detailed history places music made by performers with significant ties to the Washington region in the context of the local and national scene. From national stars to street corner vocal quartets, over 120 artist biographies trace the development of the DC Sound. Based on a chronology drawn from extensive research in contemporary sources, it includes vignettes on local record companies, the African-American press, and radio and television in the Washington area. It illustrates the role of Washington’s schools, churches, and amateur shows as a launching pad for local talent and Washington’s clubs and theaters as major destinations on the R&B circuit. 472 audio tracks, 16 CDs, and a richly illustrated, 352-page book bring this long overlooked musical community to life. 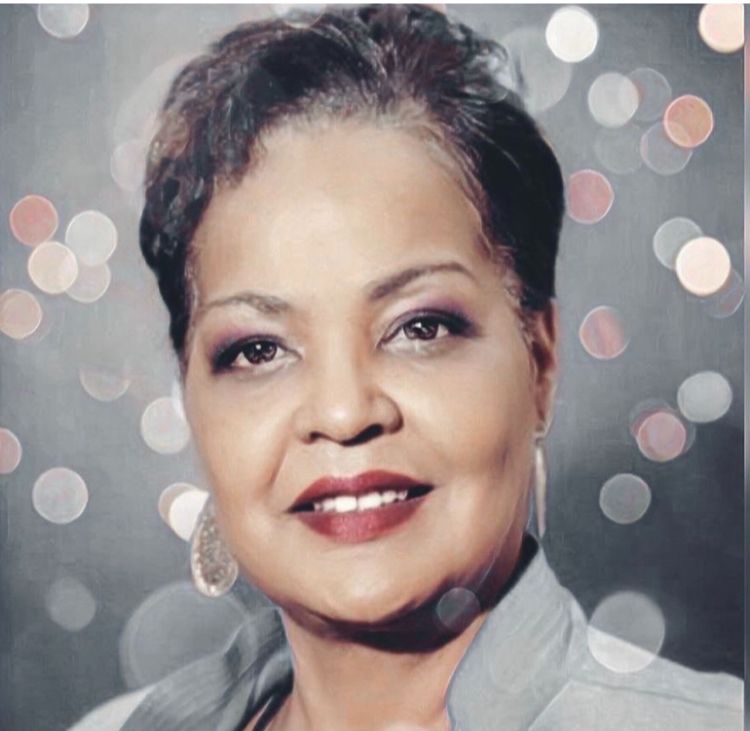 Throughout the tumultuous 60’s, music was changing and times were changing as the “peace movement” of the 60’s turned into the Disco and funk era of the 70’s. As a teen, La’Verne was there to witness it all. She is now an Arts professional and consultant, independent vocalist, songwriter, and keyboardist offering over 20 years as a professional in the music industry.

From 1985 to 1995, La’Verne worked as the first African-American Program Specialist for Radio at the National Endowment for the Arts. The Media Program, provided grant funding for Radio and Television projects including the PBS Series, “Great Performances,” The American Experience and “Jazz from Lincoln Center, Featuring Wynton Marsalis.” Some years later she joined the Rhythm and Blues Foundation as Grants Manager and Associate Producer for the Rhythm and Blues Foundation, Pioneer Awards. This event garnered major publicity and became an official part of Grammy week. It was attended by celebrities and entertainment luminaries in New York, Los Angeles and Philadelphia. She also managed the Berry Gordy, Prince, Gwen Gordy Fuqua and Universal Music funds, providing Emergency Assistance to legendary artists for Rent, Mortgages, Medical needs and Funerals.

La’Verne currently works as a Musician and Recording artist, as well as Event and Entertainment Consultant in Washington, DC. Her company, Specialty Travel and Events, has had contracts with the National Cherry Blossom Festival, Blues Alley Jazz Club, DC Vote and others. As a longtime musician and vocalist, she has created memorable musical experiences for audiences large and small. She has performed at venues in Washington, DC, Philadelphia, Kansas City, MO, and throughout the mid-west and South. She has worked with a whole spectrum of musical acts, artists and mentors.

In 2018, she launched her first self-published book “Angels of DuPont Circle,” and recently produced her CD of original music entitled, “Undaunted.” Melody’s Music, a recording company in the U.K., also signed her 1980’s “45” record, re-mastered for release in the U.K., France and America. She is thankful for the abundant gifts that God has given her as she works within her community.

La’Verne (also known as “LV”) will continue to perform for causes that she believes in, including scholarship fundraisers for Langston University, as well as featured venues and private corporate performances, while tirelessly helping legendary artists in their fight for music royalty rights! 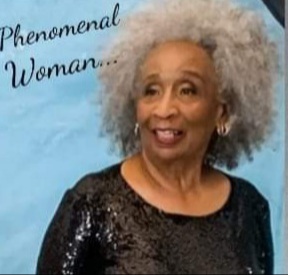 Rev. Dr. Sandra Butler-Truesdale is a native Washingtonian and product of DC Public Schools. She pursued education in several institutions earning a bachelor’s degree in Religious Education from Howard University’s Saturday College. She received a Certificate in Labor Law from the George Meany Institute, Advanced Law Negotiations and Communications from the University of Massachusetts, Pennsylvania State University and the University of California, Berkeley Campus.

Rev Dr. Sandra Butler-Truesdale is an ordained minister in the African Methodist Episcopal Church and certified by the by the Superior Court of the District of Columbia on November 7, 1991. She was awarded Honoris Causa Doctor of Divinity in August 1993 and was inducted in Phi Delta Kappa Fraternity in November 1993.

She is retired from Verizon and as Ward 4 Representative for the DC Board of Education.

She is Principal Curator of the Emma Mae Gallery in Washington, DC.

Rev. Dr. Butler-Truesdale is a DC Historian who is dedicated to the well-being of DC’s professional musicians, the documentation of Washington, DC, and its music history; she’s also co-author of the book: “Washington, DC Jazz”.

Currently, she serves as a music programmer for WPFW FM radio and the Kennedy Center Millennium Stage. 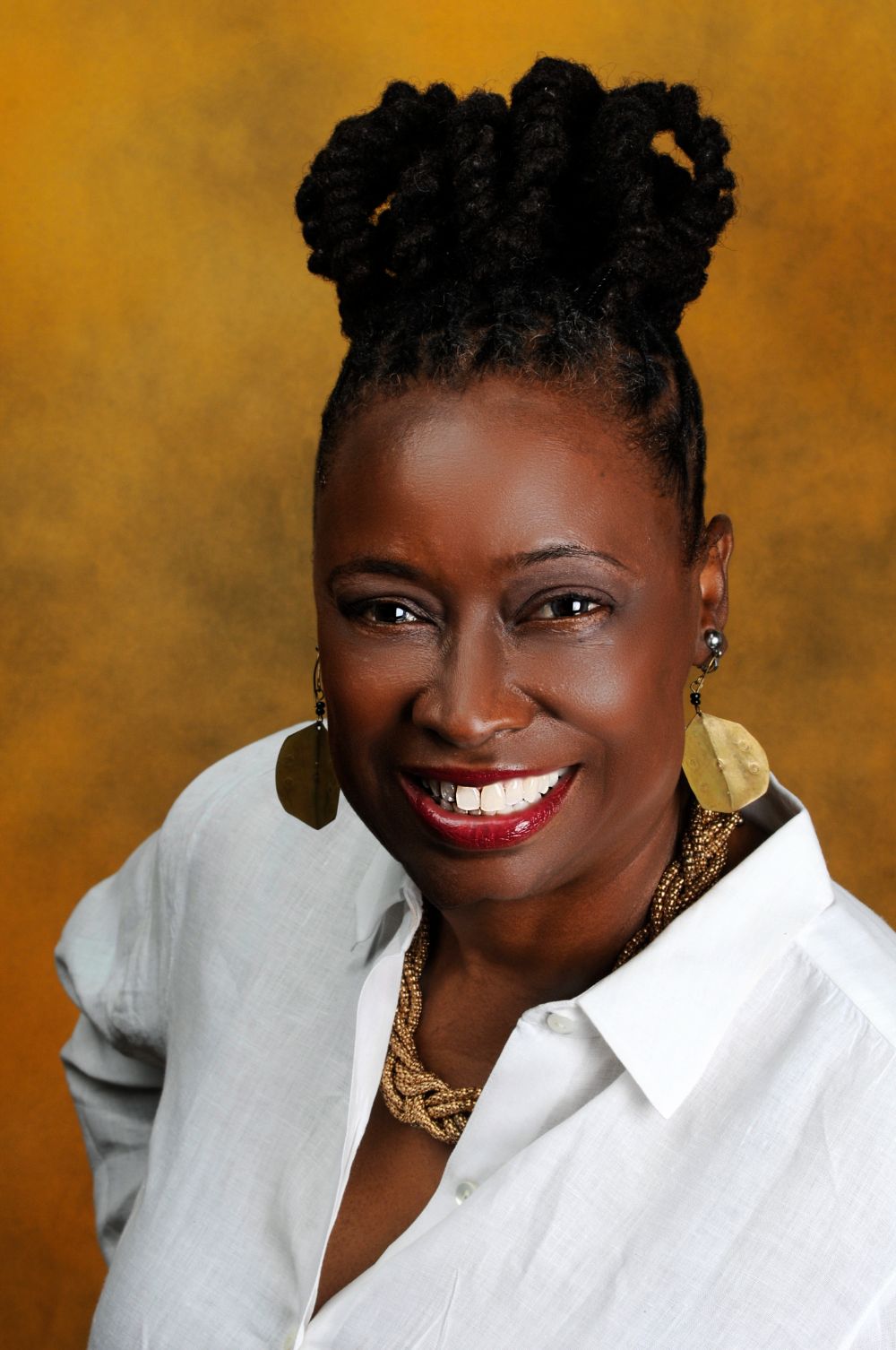 Joy Jones is a popular trainer, educator, and author. Her latest books are “Fearless Public Speaking” and “Jayla Jumps In”. She wrote the curriculum guides, “DC’s Rhythm & Blues and Hand Dance: Past and Present”, and “I Feel Good: The DC James Brown Experience” for the National Hand Dance Association.

Jones is a teaching artist who has developed and implemented projects for St. Elizabeth’s Hospital in Washington, DC, the DC Department of Aging and Community Living and The Court Services and Offender Supervision Agency among other traditional and nontraditional educational settings.

As a proud native Washingtonian, she fell in love with R&B music and hand dancing as a teen and never stopped jamming. Visit her at JoyJonesOnline.com. 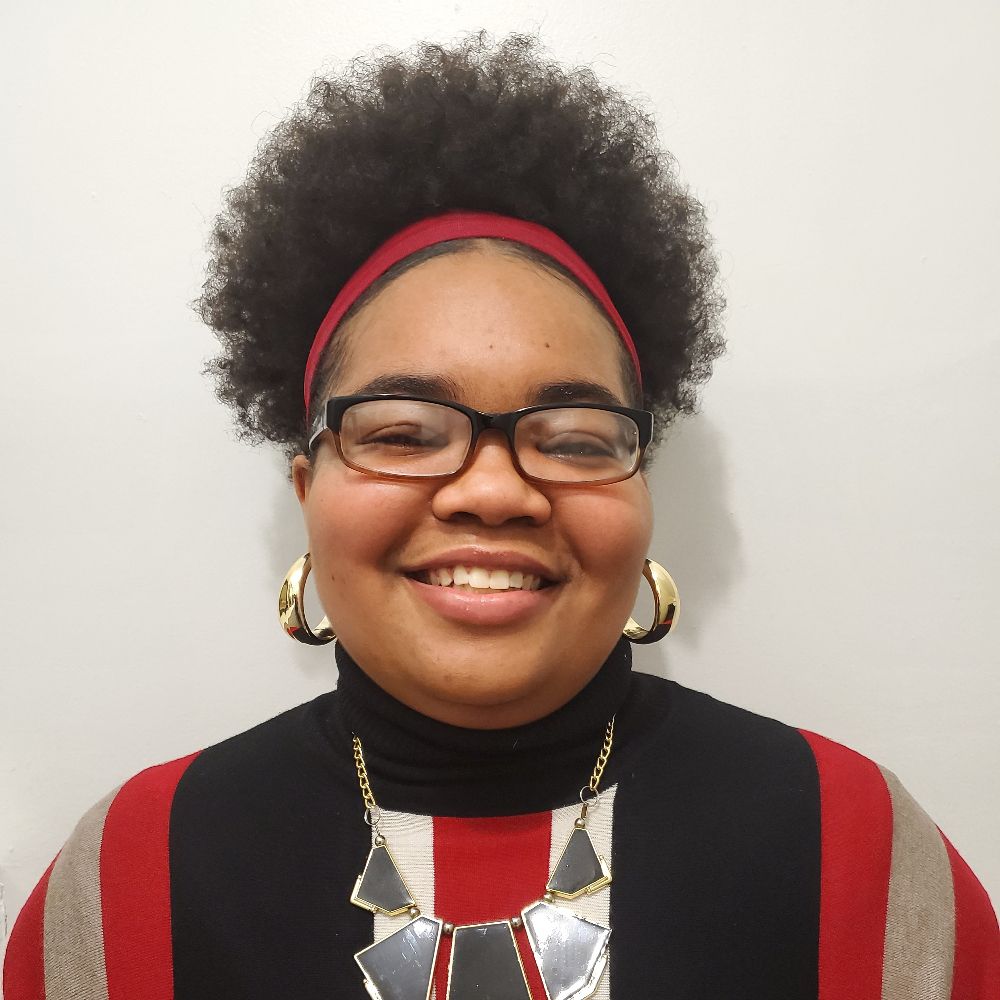 Darnea N. Samuels is a radio host, producer, and voice talent based in Washington, DC. In June 2008, she began her broadcasting career as a production assistant for WJLA-TV in Arlington, VA, working behind the scenes for early morning newscasts. Beginning in January 2011, at the age of 21, she went from being behind the scenes to behind the microphone, delivering weekly on-air news reports for WPFW 89.3 FM.

Since November 2016, Darnea has shared her lifelong love of classic R&B from the 1950’s to the 1980’s on her radio show, “The Sound of Soul with D’Nicole,” on WOWD 94.3 FM/Takoma Radio in Takoma Park, MD. This platform has given her the opportunity to relate little-known facts about well-known songs and interview many artists she admires from the doo-wop, Motown, and Philly Soul eras.

In February 2019, Darnea became “The Voice of Black History Month” on SiriusXM’s MLB Network Radio (MLBNR), where she has been an Associate Producer since 2012. In December 2019, MLBNR aired a two-hour special program that was solely written and produced by Darnea called “The Color of Baseball,” which chronicles the journey of African-Americans in the sport. This program – which Darnea also co-narrated – was like no other content previously aired on MLBNR.

In 2020, she had the incredible honor of narrating the bonus segment of the musical documentary, “Fat Boy: The Billy Stewart Story,” which debuted in October of that year on Howard University Television (WHUT-TV) and has since been televised on more than 100 PBS stations nationwide. The “Fat Boy” documentary received the 2021 Communicator Award in Excellence in the Television/Film category.

In 2021, Darnea began serving as the Communications and Media Officer for the African-American Music Association (AAMA), and became a freelance staff writer for Soultracks.com, the most popular soul music website in America. She also began lending her voice to an exclusive SiriusXM podcast about the stars of Negro Leagues Baseball entitled “BLACK DIAMONDS”, which is hosted by Bob Kendrick, the President of the Negro Leagues Baseball Museum. “BLACK DIAMONDS” was named “Best Sports Podcast of the Year” by AdWeek in 2021! 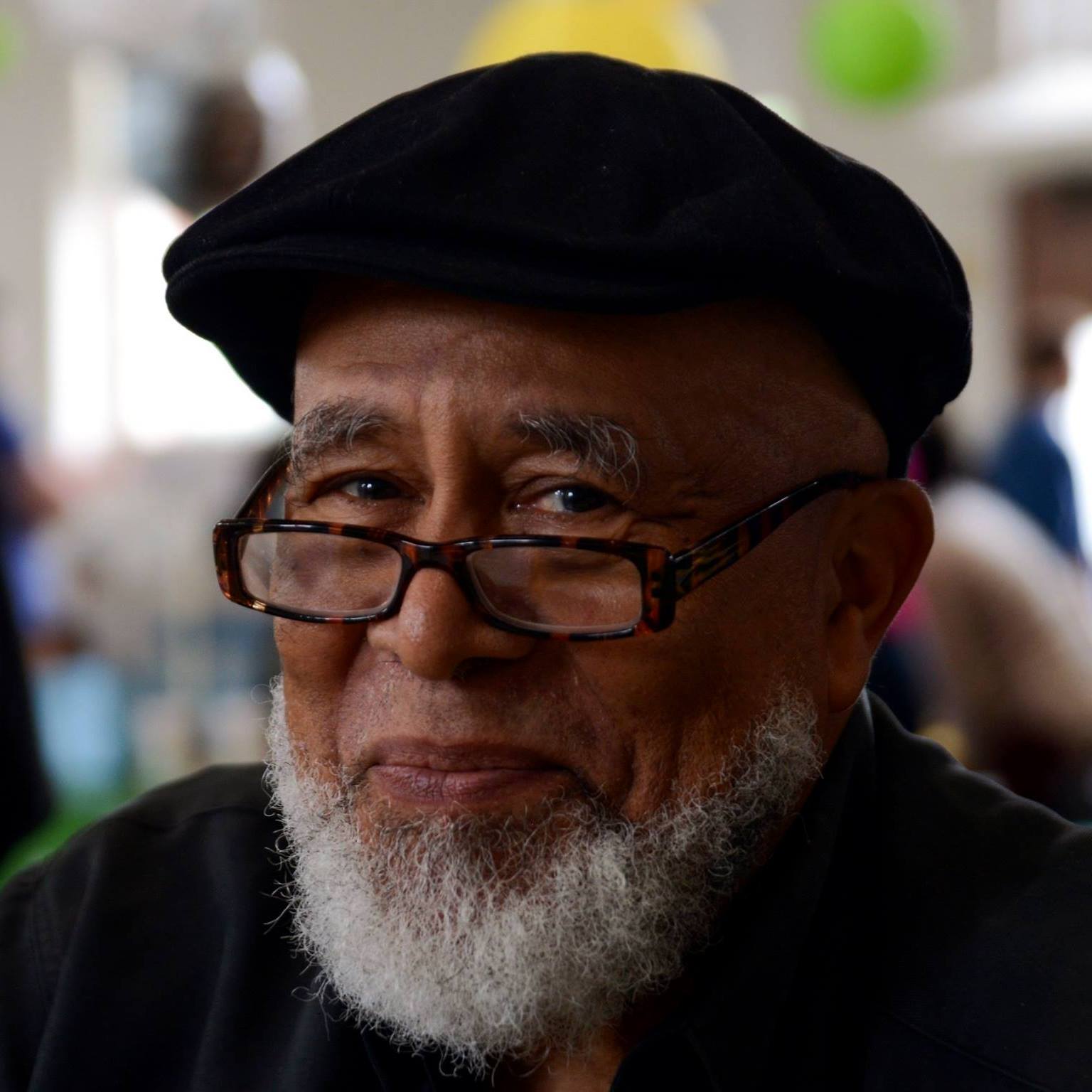 Dr. Mann co-founded the DC Black Music Association in the 1980’s along with N. Saleem Hylton, PhD. He was President of Last Colony Music, Inc., (1970’s and 1980’s) which holds a catalog of over 100 original R&B songs and a production discography of about 20 songs on artists such as The Reddings (Infinity Records), Dyson’s Faces (Dy-Rich Records), Special Delivery (Shield Records), and The Deuce (Columbia Records). He was also Board Vice-Chair of the African Continuum Theatre Company in the 1980’s.

Additionally, Nick Mann is the author of two full-length novels: “Forgetful” (2013) and “Wounded” (2017), one of which won the Beverly Hills Book Award for African American Fiction in 2015.