Included jazz and rock & roll groups like The Ink Spots and Coasters before the club changed its format.

Had ‘impressive roster of jazz and blues acts’; performers included The Ravens; operated from 1943-1963.

The Cap-Tans (formerly The Buddies) worked and performed there often. Club was also frequented by many of Washington’s elite at the time who would come to see such musical artists as Cab Calloway and DC native Duke Ellington. In the 1950s, the club’s name was changed to Crystal Caverns and then to Bohemian Caverns. In 1959, promoter Tony Taylor and Angelo Alvino bought the club and transformed it into the premier jazz venue in Washington, D.C. Taylor booked many of the leading jazz musicians of the 1960s including Bill Evans, Miles Davis, Shirley Horn, John Coltrane, Eric Dolphy, Bobby Timmons, Nina Simone, and Charles Mingus. In 1964, Ramsey Lewis recorded the critically and commercially successful album, The Ramsey Lewis Trio at the Bohemian Caverns.

Short-lived club on outskirts of U. Street; described as “notorious.”

During the 1950s, one of the club’s “top attractions” was DC’s own Don Covay.

The Cap-Tans (formerly The Buddies) performed there often. 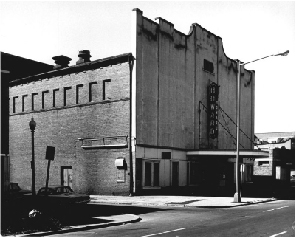 Opened for business on August 22, 1910. Some local talent to perform at this theatre from the 1940s to 1960s included The Clovers, and Billy Stewart, in addition to other stars like Little Richard, The Drifters and The Coasters. Behind The Howard Theatre is also where Marvin Gaye’s doo- wop group The Marquees had a chance audition for Harvey Fuqua of The Moonglows. The audition turned out well because The Marquees then became Harvey Fuqua & The New Moonglows. On April 29, 1977, during a time when The Howard Theatre was having intermittent shows, there was one-time R&B vocal group concert featuring The Jewels, The Spaniels, The Clovers, and The Rainbows.

One of the many R&B performers was DC’s own Don Covay.

Opened in 1959; the club’s live entertainment included a variety of blues and jazz music. Was owned and operated by jazz singer Jimmy McPhail.

Replaced by the Casbah Restaurant; during 1952 to 1957 when the restaurant was named The Marina, one local act that performed was Calvin ‘Hound Dog’ Ruffin & His Band. 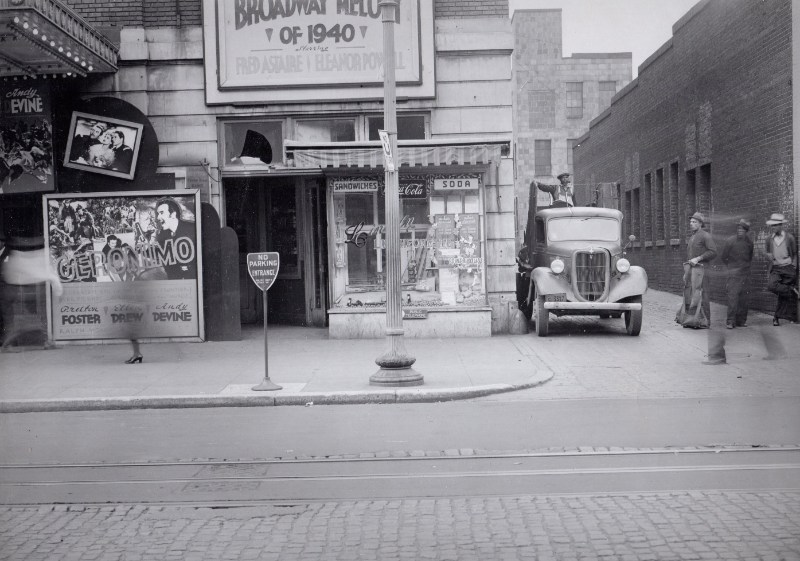 An underground ballroom underneath Lincoln Theatre’s back parking lot (operated from 1923-1956, featured a variety of local & national jazz bands). 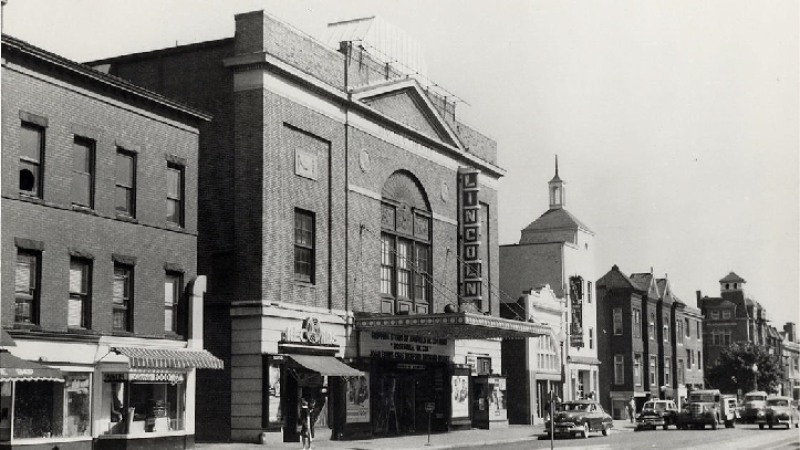 Located on ‘Washington’s Black Broadway’, served the city’s African American community when segregation kept them out of other venues. The Lincoln Theatre included a movie house and ballroom, and hosted jazz and big band performers such as Duke Ellington.

In 1959, Jimmy McPhail bought the Melody Inn, where he had been performing regularly. From that year into 1997, he operated it as Jimmy McPhail’s Gold Room, featuring many of the best-known names in blues and comedy.

The Merry-Land opened in 1941. Through the 1940s, it was one of DC’s top jazz clubs featuring Pearl Bailey, Earl “Fatha” Hines, and frequent performances by DC’s own Jimmy McPhail. Billie Holiday also came to hear the entertainment, though it was against the Jim Crow laws of the day. 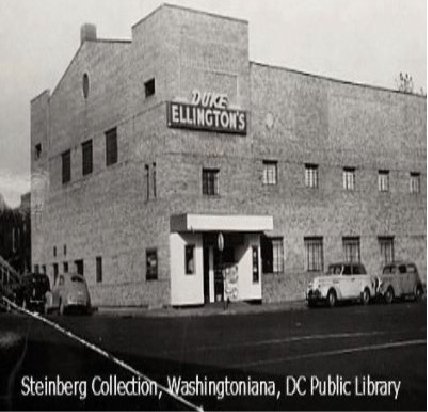 Located in the basement of The Earle Theatre which became The Warner Theatre in 1947.

The Off Beat Club

Near T Street, was called “an after-hours joint.”

PigFoot, a blues and jazz club (owned by Bill Harris, guitarist for The Clovers from 1950-1958), was a showcase not only for Harris, but for other local musicians. Late pianist John Malachi held weekly jazz workshops, and big-name stars used to drop by to unwind in a homey setting.

The Showboat Lounge boasted performers like The Charlie Byrd Trio and the Shirley Horn Trio.

One-time host of Quality Music’s “goldfish bowl” studio on the sidewalk. Jefferson also had a popular Saturday show called Teen-o-Rama from 7- 9pm, which he let young people host and share information about social events, like where the next sock hop would be. Jefferson was co-creator of the “Teenarama Dance Party” on WOOK-TV, which was the nation’s first black television station. The program was produced and broadcast live six days a week from the studio of WOOK-TV in Northeast Washington, DC. The show ran from March 7, 1963 to November 20, 1970. 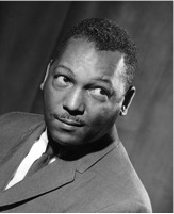 Bob King began his radio career on WRAP in Norfolk, Virginia in the 1950s. He was recruited in the late 1950s by WOOK producer, Tex Gathings as a DJ for the popular station in Washington, DC. Bob King became one of the most noted radio DJs in Washington, DC area during that time. From 1963-1965, Bob King hosted the popular African American teen television dance program, “The Teenarama Dance Party” on the new WOOK-TV. He was the most celebrated host of the groundbreaking dance program, which ran from 1963-1970. 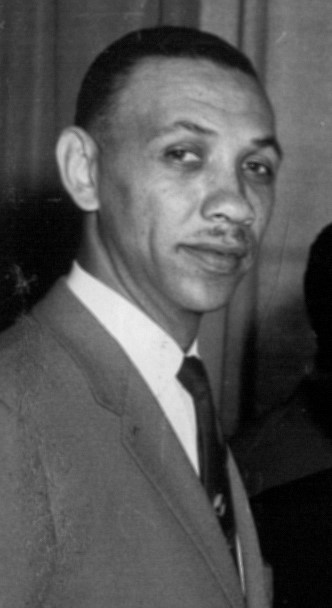 Cliff Holland began his radio career on WOOK-AM in Washington, DC in 1947. He was known to host radio programs during the morning, afternoon and evening hours. One of his most popular radio shows was the “Afternoon Dance Party”. Later in his career at WOOK, he was appointed Music Director, then Program Director for the station. Cliff Holland also served as Vice President for the United Broadcasting Network making him one of the first African Americans to serve as Vice President of a broadcast network. He retired from WOOK-Radio and Television after a 35-year career.

Grant was recognized for his distinctive voice, sophisticated style, and personal connection to many of the 20th century’s jazz greats. He was responsible for works connected to Duke Ellington, namely discovering and marking Ellington’s birthplace at 2129 Ward Place, N.W.; renaming Western High School, Duke Ellington High School (now, the Duke Ellington School of the Arts), and for renaming the Calvert Street Bridge the Duke Ellington Bridge in 1974. Later, in 1985, “Felix Grant Day” was proclaimed; also, a music-radio library was named after him at the University of Jamaica.

By the mid-1940’s, he hosted The House That Jack Built, a program of and on three DC/Maryland radio stations (WINX, WANN, and WOOK). At WOOK, he spun “race records,” as songs by black artists were then known, during morning drive time on WOOK. (Hal Jackson had broken through the color barrier in radio in the DC area in the 1930s, becoming the first black to host a show on WINX in Maryland after initially being told that no black person would ever be on its airwaves. His show was called “The Bronze Review,” which featured entertainment, interviews, and news. Unbeknownst to WINX management, “bronze” was then the classy term for “negro” in Washington’s black community.) Alongside fellow WOOK DC Tex Gathings, Jackson co-hosted the first television show ever produced from The Howard Theatre” called “Marvin’s Howard Theatre Amateur Program.” In 1990, Hal Jackson was the first minority inducted into the National Association of Broadcasters’ Hall of Fame. In 1995, he became the first African-American inducted into the National Radio Hall of Fame. 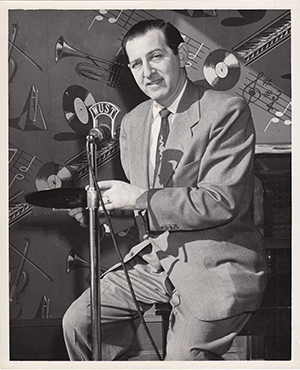 R&B enthusiast DJ – known as “Mayor of Connecticut Avenue” – who promoted local R&B at a time when it was difficult for black artists to find a broadcast outlet. He also hosted a weekly amateur talent show at the Republic Theatre, giving a boost to a number of local musicians, including Pearl Bailey and her husband, Louie Bellson. His talent-show discoveries included the Clovers, out of Armstrong High School, who would go on to record several hits, including “Devil or Angel,” “Blue Velvet” and “Love Potion No. 9.” Additionally, the Armstrong Four which included Jimmy McPhail. Lowe connected black artists to his friend Ahmet Ertegun, who often bought records at Waxie Maxie’s record shop. 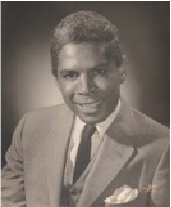 WUST’s most famous DJ in the mid-1950s – was one of the first people to introduce R&B to the city of Washington. D.C. DC native Harold Bell said Bandy played music by The Orioles, The Flamingos, and The Spaniels (“You Gave Me Peace of Mind”). Fans on the street would watch Bandy broadcast from the window and dance to the music. (The native Jamaican was known for broadcasting with a faux British accent.)

Hosted daily “Uptown Special” Monday-Friday 6-10am and Sundays 6am- 12noon on WOOK, 26 hours per week)

Played The Cap-Tans. The Cap-Tans appeared on the radio show of deejay Paul Chapman, joining him in a rendition of “Coo-Coo Jug-Jug (That’s the Sound of the Birds)”. Chapman was so impressed with the broadcast that he enlisted the group in a recording of the song, backed by his composition “You’ll Always Be My Sweetheart”, which was released on DC Records in June 1949.

One of the first black DJs in Washington (jazz only). In the late 1940s, Gathings was the primary of “the first television show ever produced from The Howard Theatre,” called “Marvin’s Howard Theatre Amateur Program.” Gathings hosted the program alongside fellow DJ Harold Jackson. According to Gathings, some of DC’s elite musicians like John Malachi, Dee Dee Clark and Al Dunn served as music coordinators for the talent show.. The short-lived program aired on channel 5, Dumont Television. 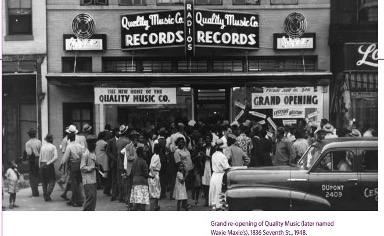 In 1965, the Sonderling Broadcasting Corporation bought WOL and changed the format from easy listening to rhythm and blues. That year, WOL also became the first rhythm and blues station in Washington to have public affairs programming.

“No other medium in the city had WOL’s influence and credibility among black Washingtonians from 1965 to about 1975…With finger-popping, hand-clapping and foot-stomping, they were the broadcasters of gospel-influenced, inner city culture,” The Washington Post observed. WOL helped popularize “Chocolate City” as a nickname for Washington, according to the Post.

During the 1960s and 1970s, WOL was home to Petey Greene, a former convict turned popular talk show host, comedian, and activist, who began his professional broadcasting career at WOL. His life was an inspiration for the 2007 film, Talk To Me. 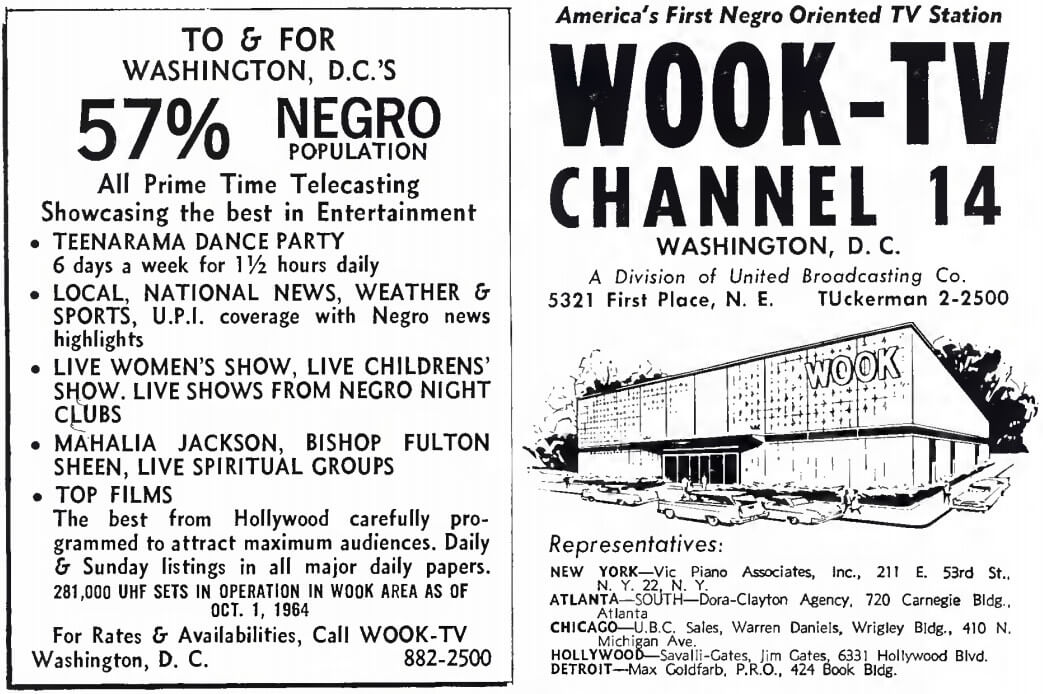 Originally located at 1580 on the AM dial, the station swapped call letters and channels with WINX AM, moving to 1340 AM in 1955. WOOK-AM disc jockeys used to broadcast nightly from a glass booth in the front window of the record store, Waxie Maxie’s, on 7th and T streets NW.

According to the ‘Stepfather of Soul’ blog, WOOK-AM battled with WUST AM and WOL AM during the classic soul era for dominance of D.C.’s airwaves until 1975. 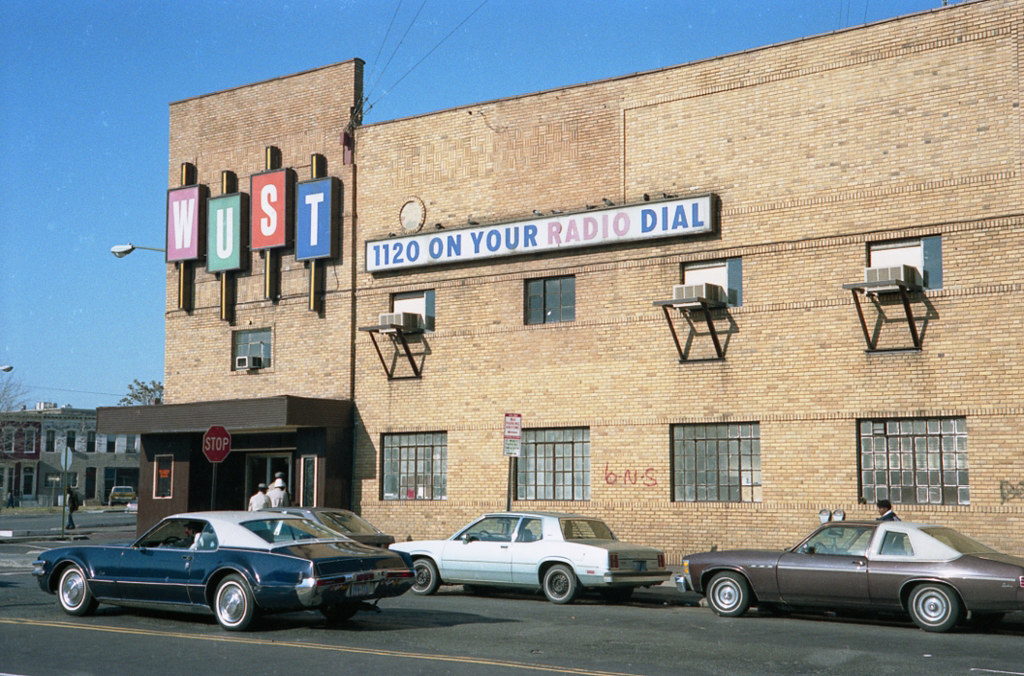 WUST first signed on in 1947 as WBCC, licensed to the Washington, DC suburb of Bethesda, MD, with 250 watts of power, broadcasting in the daytime only. It had been a rhythm and blues station. Its call letters came from its studio location at 1120 U Street, NW, later moving to 815 V Street NW, site of today’s 9:30 Club.

During the 1950’s, DJs Lord Fauntleroy Bandy and “Terrible” Thomas popularized R&B music with high school students, weaning them from Top 40. Part of the appeal of WUST was its location in the red light district of the time.

During late August 1963, the ballroom of the WUST studio served as the operations headquarters for the August 28th March on Washington for Jobs and Freedom

DC Soul singer Billy Stewart (“Sitting in the Park”, “I Do Love You”) and his younger brothers Johnny, James, and Frank – known as the Four Stewart Brothers – had their own radio show every Sunday for five years at WUST-AM.

Started in 1945. At one point, it was one of only six stations in the city, and Washington’s only 24-hour station. WWDC catered to white audiences during the day but, according to WWDC jazz host Felix Grant, it “became essentially a black station, playing jazz and rhythm and blues and the rest.” Mr. Grant said: “The nighttimes were great.”

Host Jack Lowe (who was white) called WWDC “the first station in Washington to play rhythm & blues on a regular basis.” Lowe hosted a popular show called “WWDC Amateurs” turned “Jackson Lowe’s Amateurs”, which aired every Sunday 12:30pm-1:30pm for eight straight years (c. 1942-1950). Frequent performers included the group that became The Clovers. As a matter of fact, the vocal group met Harold Winley, who would become their bass singer, by participating in the amateur show.